How to buy body-worn cameras (eBook)

Prior to the shooting of Officers Wenjin Liu and Rafael Ramos, Ismaaiyl Brinsley, a 28-year-old Baltimore man, posted a series of anti-police images and messages on his Instagram account with the username "dontrunup".

“I’m Putting Wings On Pigs Today. They Take 1 Of Ours...Let’s Take 2 of Theirs,” he wrote on a post featuring a photo of a silver Taurus handgun, which also featured the hashtags #ShootThePolice #RIPErivGarner #RIPMike Brown. 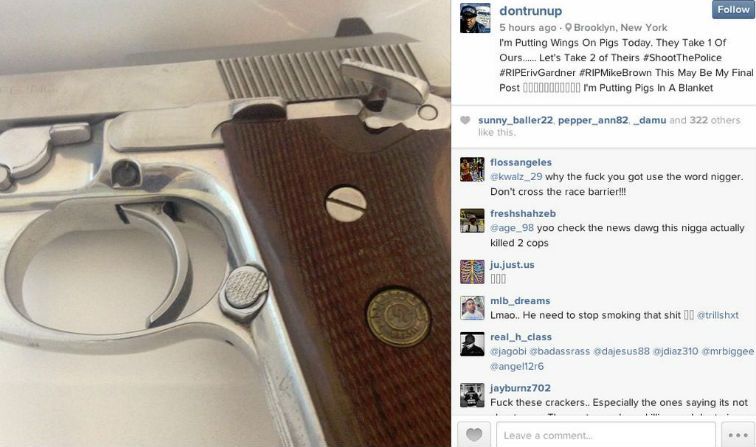 Before shooting Liu and Ramos, Brinsley reportedly shot his ex-girlfriend in the stomach, according to the New York Daily News. She underwent extensive surgery and is expected to survive.