How to buy duty gear (eBook)

Here are some of the strangest last words before execution

What words does a convicted criminal choose to be their last before they die? Would they ask for forgiveness or tell their family they'll miss them? Most probably do. Others, however, have other things to say. Here are some of the strangest last words before execution:

Last Words: "I'd Rather Be Fishing"

On Christmas of 1982, 20 year-old Jimmy Glass and inmate Jimmy Wingo escaped from jail and shot an elderly couple to death while burglarizing their home. Both blamed each other for the crime and both ended up on the electric chair.

Last Words: "I think that governor's phone is broke. He hadn't called yet."

Jeffrey David Matthews had his execution postponed three times, twice by the governor of Oklahoma to further investigate his claims of innocence and once due to the controversy surrounding the drugs they were going to administer to him. Matthews was indicted for the 1994 murder of his great uncle, Otis Earl Short, after he and an accomplice robbed his home. Matthews shot Short in the back of the head and slit his wife's throat, but she managed to survive.

Last Words: "Good people are always so sure they're right."

After a rough childhood and a string of failed marriages, Barbara Graham went into prostitution before being married again to a bartender and drug addict. She soon left him for a business associate of his, Emmett Perkins, who ran an illegal gambling operation. The couple, as well as other accomplices, decided to rob a widow who was rumored to have a large stash of cash in her home. Graham tricked her into letting them into her home by asking to use the phone. To stop the elderly lady's shrieks, she bludgeoned her with her pistol and as a result killed her. The crew ended up overlooking the money and jewelry, and was caught a couple months later after somebody squealed. "Bloody Babs", as the media called her, was sentenced to the gas chamber.

Last Words: "Well, gentlemen, you are about to see a baked Appel."

While getting strapped to the electric chair, George Appel suddenly found the situation humorous, and delivered those infamous last words. These words quickly spread through the public and became more remembered than his actual crime. He was convicted of first degree murder for killing a police officer, although little is known about that murder.

Last Words: "Warden, murder me." He then referred to Harris County (where he was convicted) as Sodom and Gomorrah, the biblical cities destroyed by God for their sins. "I'm ready to roll. Time to get this party started."

In 1995, James Lewis Jackson married Sharon Jackson and became a father to two step daughters. Due to heavy drug use, he had trouble keeping a job. After struggling with the marriage and his wife threatening divorce, he ended up strangling her and her two daughters.

Robert Charles Towery was executed through lethal injecting, which is ironic considering he was charged for injecting battery acid into his victim before strangling him to death in a 1991 robbery. The victim was a philanthropist who loaned money to Towery on several occasions and used him as his mechanic. During Towery's last moments he apologized to the victim's family and cursed his bad mistakes. The potato reference was a secret message to his nephew. It is a sound that a Harley-Davidson motorcycle makes while the engine is idle, and was a way for saying that everything is okay.

Last Words: "Hurrah for anarchy! This is the happiest moment of my life."

George Engel was a German immigrant who lost faith in the political process and joined the International Working People's Association. In 1886 a big rally full of anarchists and labor activists turned violent when a bomb was thrown at the police, killing seven. Although nobody knew who threw it and Engel was at home playing cards, he was convicted for murder and went to the gallows.

Last Words: "Yes, I would just like to say I'm sailing with the Rock, and I'll be back, like Independence Day with Jesus. June 6, like the movie. Big mother ship and all, I'll be back, I'll be back."

With a father who was a child molester and hung himself in jail and a mother who abandoned her to the care of her grandparents, Aileen Wuornos' childhood was a troubling one. By the age of 12, she was involved in drugs and sex. Later on she became a prostitute. She started her killing spree in 1989, murdering 7 men. She claimed she killed them out of self-defense, but in the end she was sentenced to death by lethal injection. The movie Monster was inspired by her life.

Last Words: "How about this for a headline for tomorrow's paper? French fries."

In 1958, James French murdered a driver who picked him up from hitchhiking. While serving his life sentence, he decided that he didn't want to live anymore but was too afraid to end his own life. And so, he killed his inmate to compel the state to execute him by electric chair.

Last Words: "I'd like to thank my family for loving me and taking care of me. And the rest of the world can kiss my ass."

Indicted for the rape and murder of a nun in 1981, Johnny Frank Garrett's execution was a controversial one due to the fact that he was mentally handicapped and only seventeen when he was sentenced. He had a horrific childhood, and a mental health expert once described him as having "one of the most virulent histories of abuse and neglect...[he had] encountered in 28 years of practice." There is a lot of speculation that he was innocent, since the crime was similar to other incidents that lead back to a detained Cuban refugee. 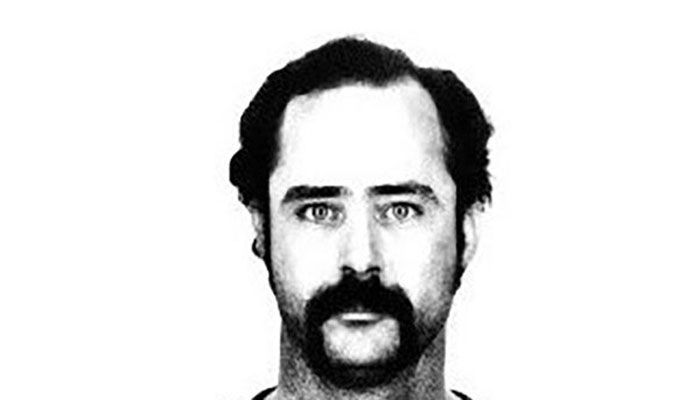 Last Words: "You can be a king or a street sweeper, but everyone dances with the Grim Reaper."

In 1978, Robert Alton Harris and his brother, Daniel Marcus Harris, went to a fast food restaurant and abducted two teenage boys. They forced the boys to drive them to an isolated area, where Robert shot them. The brothers then used the stolen vehicle to rob a bank. They were discovered shortly afterwards in their home and Robert was sentenced to the gas chamber while Daniel served six years in prison.

Last Words: "Keep the faith and rock on."

Richard Zeitvogel was in jail for armed robbery and rape when he and his lover Frank Guinan fatally stabbed an inmate in 1981. However, it was Guinan who received the death sentence while Zeitvogel got life in prison. In an attempt to room with Guinan, Zeitvogel murdered another inmate with wire in 1984. He was later executed by lethal injection.

Last Words: "Not all of us are innocent, but those are. I said I was going to tell a joke. Death has set me free. Thatâ€™s the biggest joke. I deserve this. And the other joke is that I am not Patrick Bryan Knight and yâ€™all canâ€™t stop this execution now. Go ahead, Iâ€™m finished.”

In 1991, Patrick Bryan Knight and an accomplice abducted a couple next door and locked them in their basement. The following night, Knight blindfolded them, drove them to a secluded area, and shot them. While awaiting his execution, he used websites and mail to ask for the best jokes he could use as his final statement. Although he received 1,300 jokes and was able to narrow it down to five, he ended up naming several inmates he believed were innocent and using his own joke.

Last Words: "I did not get my Spaghetti-O's, I got spaghetti. I want the press to know this."

Thomas Grasso received the death sentence for strangling an elderly woman with Christmas lights during a robbery and 6 months later murdering an elderly man to steal his Social Security check. Although his last meal included four dozen steamed mussels and clams, a Burger King double cheeseburger, a half-dozen barbecued spare ribs and two strawberry milkshakes, he was disappointed that they substituted spaghetti for Spaghetti-O's.

Last Words: "I have something to say, but not at this time."

Grover Cleveland Redding was mentally unstable, believing that he was the prince of Abyssinia and was on a mission to bring his people back to the homeland. He was sentenced to death for starting an anti-goverment riot, in which two of his followers were killed. We're still all waiting to hear what he has to say.

Uniform Stories features a variety of contributors. These sources are experts and educators within their profession. Uniform Stories covers an array of subjects like field stories, entertaining anecdotes, and expert opinions.

Suspect caught robbing bank across the street from police station

Man who allegedly stole $200K in beehives across 5 states arrested