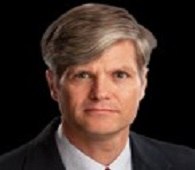 Scott Stewart is STRATFOR's VP of Analysis. He is a former Diplomatic Security Service Special Agent who was involved in hundreds of terrorism investigations, most notably the 1993 World Trade Center bombing and the follow-on New York City bomb plot investigation, during which he served as lead investigator for the U.S. State Department. He led a team of Americans who aided the government of Argentina in investigating the 1992 bombing of the Israeli Embassy in Buenos Aires, and was involved in investigations following a series of attacks and attempted attacks by the Iraqi intelligence service during the first Gulf War.