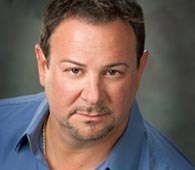 Randy’s police career spanned three decades when he retired as a Field Lieutenant with the Las Vegas Metropolitan Police Department.  To this day he remains recognized as one of the most highly decorated officers in department history with numerous awards for Lifesaving, Exemplary Service and Valor.  He is also one of America’s best known officers having been featured on the popular reality show “COPS,” “America’s Most Wanted” and roles in films such as “Casino,” “Fools Rush In,” and “Miss Congeniality II”  as well as appearances on television network and cable news as a commentator and a regular panelist on the television show “Fired UP.”

Randy is also a critically acclaimed author having written four books, ‘TRUE BLUE: Police Stories by Those Who Have Lived Them,” “A Cop’s Life,” “TRUE BLUE: To Protect and Serve,” and the soon-to-be-released, “The Power of Legacy.” He has also written extensively on the topics of ethics, integrity and leadership for national magazines.

Randy is the creator of ThePowerOfLegacy.com, a website dedicated to encourage the principals of Honor, Integrity, Compassion and Kindness, subjects which he speaks about passionately to law enforcement and civic/business organizations across the country.  He is also the Founder and President of Celebrating Legacy, a company where “Memories Live Forever” , providing their members with the ability to celebrate lives in the present, honor lives from the past and share family history for the future.