How to buy training simulators (eBook)

Saved by an iPhone

Detective Inspector Gary McIntyre from Cheshire Police said if the victim’s phone had not been in his pocket “he would undoubtedly have died.”

This article originally appeared on The Firearms Blog.

A 25-year-old man in the UK was shot in the chest by a teenager using a sawn off double barrel shotgun.

The incident took place when the victim approached a group of teenagers who had turned of the water supply to the block of flats where he lived.

During a confrontation, the teenager pulled out the shotgun and fired it at the victim.

Detective Inspector Gary McIntyre from Cheshire Police said if the victim’s phone had not been in his pocket “he would undoubtedly have died.”

Duggan’s actions that night were extreme and shocking — the victim went outside to speak to the group about the fact they had turned off the water supply resulting in the defendant shooting him with a powerful weapon.

Fortunately, the victim’s mobile phone took the brunt of the shot and, as a result of this, he survived. This is remarkable — had that phone not been in his pocket at that time he would undoubtedly have died.

I have heard reports that shooting buddies of a former Vice President of the United States have all purchased iPhone 5C phones. 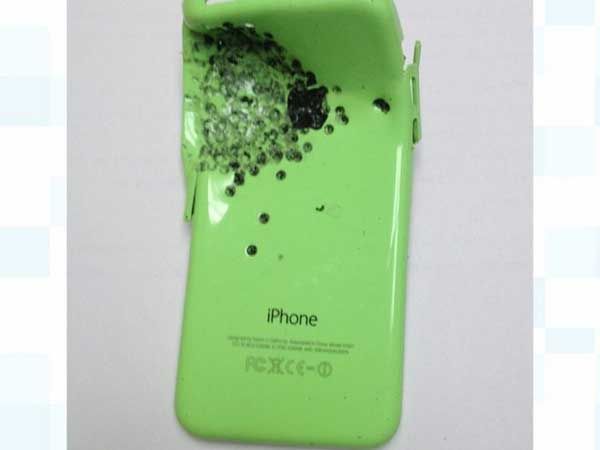 Thanks to bugbite for the tip.

The Firearm Blog is a news site dedicated to all things firearms related. TFB covers the top stories in the firearms industry (without the politics!) on a daily basis. TFB staff writers share a passion for firearms but come from a diverse background, stretching from the world of law enforcement to being deployed on the streets of Fallujah, Iraq to the woods hunting wild game.

Whether you’re into AR-15s, AK carbines, skeet shotguns, self-defense pistols, or hunting rifles, as long as you share our passion for firearms and you’re interested in knowing what is going on with your favorite firearm companies, then The Firearm Blog is your authoritative news source.