How to buy investigation software (eBook)

Why psychology matters during a crisis

The use of OC, chemical agents during the COVID-19 pandemic

Use of force to enforce stay-at-home orders

HESSTON, Kan. — A man who wounded three people before storming into the central Kansas factory where he worked and shooting 15 others, killing three of them, had just been served a protection from abuse order that likely triggered the attack, a sheriff said Friday.

The attack Thursday evening at the Excel Industries lawnmower parts plant in Hesston ended when a police officer killed the attacker during a shootout, Harvey County Sheriff T. Walton said. He described the officer Friday as a "tremendous hero" because there were still 200 or 300 other people in the factory and that the "shooter wasn't done by any means."

"Had that Hesston officer not done what he did, this would be a whole lot more tragic," Walton said.

The sheriff identified the gunman as Cedric Ford, a 38-year-old plant worker who had several convictions in Florida over the last decade, including for burglary, grand theft, fleeing from an officer, aggravated fleeing, carrying a concealed weapon, all from Broward and Miami-Dade counties.

Online records show Ford was released from the custody of the Florida Department of Corrections in February 2007. It was unclear from the public records whether he had completed probation.

According to the Wichita Eagle, Ford has also had criminal cases in Harvey County, including a misdemeanor conviction in a 2008 fighting or brawling case and various traffic violations from 2014 and 2015.

The shooting came less than a week after authorities say a man opened fire at several locations in the Kalamazoo, Michigan, area, leaving six people dead and two severely wounded. Authorities haven't disclosed a possible motive in those attacks.

Walton said his office served the suspect with the protection from abuse order at around 3:30 p.m., which was about 90 minutes before the first shooting happened. He said such orders are usually filed because there's some type of violence in a relationship, but he didn't disclose the nature of the relationship in question.

While driving to the factory, the gunman shot a man on the street in the nearby town of Newton, striking him in the shoulder. A short time later, he shot someone else in the leg at an intersection.

"The shooter proceeded north to Excel Industries in Hesston, where one person was shot in the parking lot before he opened fire inside the building," the department said in a release. "He was seen entering the building with an assault-style long gun."

Martin Espinoza, who works at Excel, was in the plant during the attack. He heard people yelling to others to get out of the building, then heard popping, then saw the shooter, a co-worker he described as typically pretty calm.

Espinoza said the shooter pointed a gun at him and pulled the trigger, but the gun was empty. At that point, the gunman got a different gun and Espinoza ran.

"I took off running. He came outside after a few people, shot outside a few times, shot at the officers coming onto the scene at the moment and then reloaded in front of the company," Espinoza told The Associated Press. "After he reloaded he went inside the lobby in front of the building and that is the last I seen him."

A Hesston officer responding to the scene exchanged fire with the shooter and killed him. The officer was not injured.

Walton said the attacker had an "assault-style" rifle and a pistol. 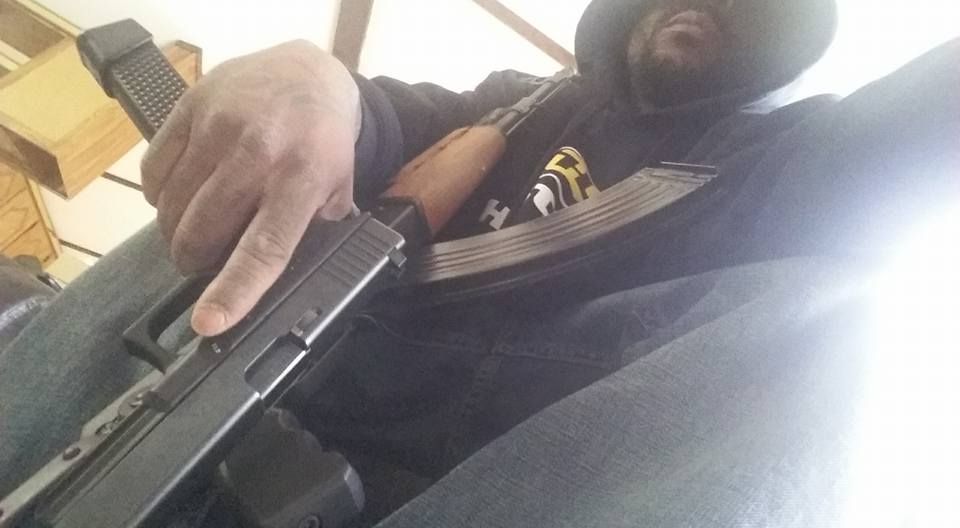 Erin McDaniel, a spokeswoman for the nearby city of Newton, said the suspect was known to local authorities. She wouldn't elaborate.

Hesston is a community of about 3,700 residents about 35 miles north of Wichita.

Excel Industries was founded there in 1960. The company manufactures Hustler and Big Dog mowing equipment and was awarded the Governor's Exporter of the Year award in 2013 from the Kansas Department of Commerce.

Copyright Associated Press. All rights reserved. This material may not be published, broadcast, rewritten, or redistributed.

Suspect found dead after shootings in German town of Hanau

Why C4I is the key to operational success

Safety and security in places of worship

1 dead, 5 wounded in shooting on Greyhound bus in Calif.