The 2-year-old pup was rescued without injury. Officers are unsure how the dog became stranded

NBC Bay Area reports that officers received a call that  the dog was sitting in the middle of the center divider. Officer Alex Edmon and his partner responded and spotted the scared animal.

After Edmon attempted to coax the dog with a snack, the officers decided to call animal control, as they had no way of transporting the Chihuahua on their motorcycles.

The 2-year-old pup was rescued without injury. Officers are unsure how the dog became stranded.

Officials say a home may be lined up for the Chihuahua if an owner does not come forward. 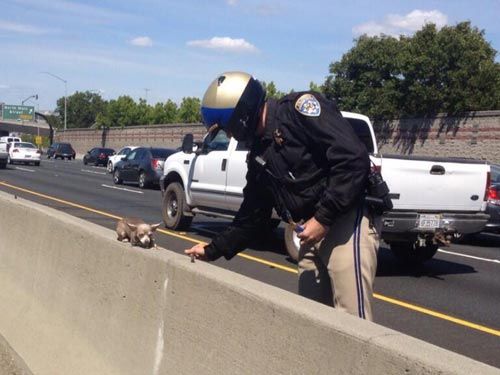