Why your mic placement matters

Where and how officers choose to wear their mic, or any other piece of equipment, is a personal decision that should be tactically thought out

There’s an old cop saying, “If dispatch doesn’t know where you are then only God can help you.” The link between you and the rest of the world is your lifeline. That lifeline needs to be kept as strong as possible. By the same token, don’t let that lifeline be the cause of your injury or death.

For those of us who lived through the days of having to take our radio off our belts every time we wanted to call dispatch on our portables, the lapel mic was a real blessing. Many of you have never had to work without one, but that blessing can also be a curse.

If you wear a mic that is wired to your radio, remind yourself that you are wearing a weapon that a suspect intent on harming you can use against you. You don’t want to find it wrapped around your neck while an assailant attempts to strangle you with it.

Consider how you attach the mic to your uniform and where you have the cord. In order to take up the slack in the cord and keep it out of the way of the equipment on your duty belt, many officers put the cord behind them and the mic on the shoulder.

This can cause several problems that can affect your safety:

Look up the Trooper Coates video if you aren’t familiar with it. In this case the suspect was shot five times with a .357 and survived. Trooper Coates was shot with a .22 several times, all of which struck his vest, except for one that hit him in his raised upper arm as he called for assistance on his portable. That round turned and traveled into his heart and proved fatal.

All officers should consider using a method I first learned from Bob Hindi, who developed the Hindi Duty Belt S.A.F.E.T.Y. System. Hindi did extensive research on body mechanics, physiology, ergonomics and kinesiology as it relates to police officers and their equipment. He recommends threading the cord under your shirt and then out between the top and second button or under your external carrier. By placing the mic in this location, you achieve several goals:

Obviously, new wireless mics can reduce the problems mentioned, and you should count your blessings if you are fortunate enough to have one, but you have a greater concern for retention. With no cord, you have much less to hang onto in order to retain the mic if someone tries to take it from you.

Regardless of the type of mic you use, the use of a mic loop or clip will also aid in keeping it where you want it. By attaching the mic loop or clip to a shirt button or your vest you provide a more solid base than just clipping it to your shirt or jacket.

Mic placement might seem like a little thing, but it could cause a big problem for you. Where and how you choose to wear your mic, or any other piece of equipment, is a personal decision that should be tactically thought out. You can come to the best conclusion when you are aware of the strengths and weaknesses of different locations.

All equipment placement is critical to maintaining your operational readiness. All your equipment must be accessible and placed so that you can protect it.

In February 2014, Duane Wolfe retired from his career as a Minnesota Peace Officer after more than 25 years of service (beginning in 1988). During his career, he served as a patrolman, sergeant, S.R.T., use of force and firearms instructor. He is also a full-time instructor in the Law Enforcement Program at Alexandria Technical and Community College, Alexandria, Minnesota. Duane has a Bachelor of Science Degree in Criminal Justice from Bemidji State University and a Masters Degree in Education from Southwest State University. 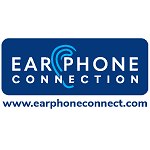