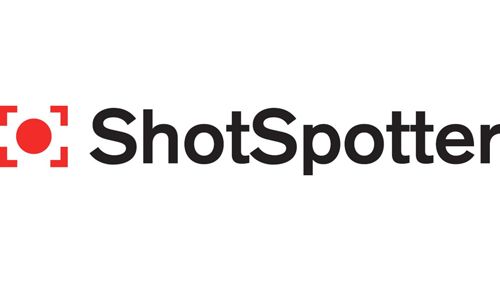 NEWARK, Calif. — ShotSpotter, Inc. (Nasdaq:SSTI), the leader in gunshot detection solutions that help law enforcement officials identify, locate and deter gun violence, today announced significant expansion within the city of Chicago – now blanketing the nation’s third largest city with more than 100 square miles of coverage, up from 3 square miles in 2012. Chicago is the company’s largest customer and one of more than 85 cities that use the ShotSpotter solution to help fight urban gun crime including New York City, Oakland, Milwaukee and Denver.

Chicago saw shooting incidents drop more than 26 percent and gun-related homicides by 20 percent in the first four months of 2018 as compared to the same period in 2017. From February 2017 to April 2018, the city is reporting 14 consecutive months of declining gun violence. District seven, Englewood, was reported to have a 61 percent decline in shooting and homicide violence in its district, to date, since deploying ShotSpotter in March 2017. The Chicago Police Department has stated that its success in reducing gun violence is largely due to the combination of ShotSpotter and the introduction of Strategic Decision Support Centers (SDSCs) in key districts. These centers use data-driven, evidence-based policing and feature ShotSpotter. Currently, the city has 11 SDSCs out of 22 districts using ShotSpotter.

“The one technology that has made the most difference in Chicago’s reduction in gun violence in the last 12 months has been ShotSpotter – it’s a game changer,” said Eddie Johnson, Superintendent of the Chicago Police Department. “We are pleased with the progress made in the last year, but we plan to achieve even more. With our SDSCs and ShotSpotter, we want residents to feel safe and know we are ready to respond faster and predict where the next incident may occur.”

Using ShotSpotter, Chicago police receive instantaneous alerts of detected gunfire enabling them to arrive at the precise location of a shooting event quickly. Instead of relying on a low rate of 911 calls, law enforcement can now respond in real-time to aid victims, interview witnesses, and collect forensic evidence. This improves the overall effectiveness of the agency in identifying and apprehending shooters, and taking illegal guns off the streets. It also reassures communities that law enforcement is there to serve them and helps to build bridges with local citizens. Chicago police have reported that they have recovered over 2,500 illegal guns in 2018 to date.

“Chicago is an excellent example of how law enforcement is using ShotSpotter as a central element of a holistic program to reduce gun violence and improve relationships between law enforcement and the community,” said Ralph Clark, President and CEO of ShotSpotter. “Data-driven policing leads to faster, more precise deployment of resources as well as the ability to better deter and prevent gun violence.”

About ShotSpotter, Inc.
ShotSpotter is the leader in gunshot detection solutions that help law enforcement officers and security personnel identify, locate and deter gun violence. ShotSpotter is based in Newark, California and offers its solutions on a SaaS-based subscription model.