Nearly 200 courses and 1100 videos. Sign up for Police1 Academy today! 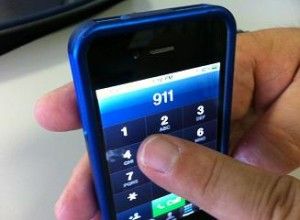 Oakland, Calif. - Congress now holds the power to make Next Generation 911 (NG911) deployments easier for Public Service Answering Points (PSAPs).  With the FCC’s latest recommendations, which support state upgrades, Congress can help to eliminate past regulations.  These new recommendations from the FCC not only support the National Emergency Number Association’s (NENA) suggestions, but they also support the overall transition to a nationwide NG911 migration.

Currently, states and local PSAPs have to go through incumbent telephony providers in order to make the switch.  According to Urgent Communications, this regulation made sense when 911 was strictly for landlines.  However, now, it no longer applies.

In the FCC’s latest report, they address the important needs of PSAPs.  They have made the plea to Congress to make it possible for PSAPs to make the NG911 transition regardless of what provider they use.  National databases were also discussed, as NG911 databases will need to be both established and secured.

Right now, the government plays a very small role in 911 in general.  Federal grants are often aimed at public safety, but they generally exclude 911 services.  Therefore, an incentive has been lacking.  By lowering the cost and making the process easier for PSAPs, NG911 can spread nationwide.

However, the changes to 911 services don’t stop there.  According to Forgety, NENA would like to make it as cheap and easy for PSAPs as possible.  One way for that to become a possibility is for all network connections to be charged.

The basic concept is that if the service is affordable, the PSAPs will keep migrating, making one 911 service for the generations to come.  As NG911 includes text messages, video and other communication capabilities, the service clearly propels 911 into the future.

Ask Capture Technologies about our solutions for public safety and PSAPs.  We are dedicated to making your job easier.