When camera technologies started making waves in law enforcement, they were very limited in functionality. While these camera systems were an emerging technology when initially introduced to the market, they had significant limitations including low-resolution and the static or fixed points of view. They were definitely cool and a cutting-edge technology back then, but these early camera systems did not really offer law enforcement agencies the opportunity to maximize their return on investment.

Today, law enforcement agencies have myriad choices for camera procurement. Cameras are much more sophisticated in functionality, have better designs and capabilities, and they are easy-to-use once officers are trained.

Agencies can purchase body-worn cameras, CCTV, license plate readers, in-car cameras, UAS, tactical surveillance cameras and several other camera technologies whether they are for forensics, patrol, SWAT or other law enforcement operation. With so many camera systems out there, reviewing the capabilities before acquisition is critical to ensure the technology meets the actual needs of the agency.

This article sheds light on the benefits of the 360-degree camera. These benefits include addressing public expectations, capturing additional evidence and improving officer training.

Today’s public expects law enforcement agencies of all sizes, rural and urban, to have video footage of every stop, arrest and incident. Most cameras used in law enforcement provide a fixed, limited view, whether it’s from a BWC on an officer’s vest or an in-car camera mounted on a patrol car’s dashboard.

A 360-degree camera captures evidence and scene activity that is not in the direct line of sight of the officer. With all the law enforcement centric television shows, movies and video games out there, the public is beginning to expect law enforcement agencies to deliver a 360-degree view of events. Now there is 360-degree camera technology in the market that exists, it is worth it for agencies to test and pilot its utility.

Evidence gathered from law enforcement cameras is proven effective. Officers have been cleared of misconduct. Officer response, and even use-of-force, has been justified. There are a substantial number of court proceedings about how law enforcement video footage provides helpful evidence when cases go to trial.

Most law enforcement camera-based evidence presented in court is based on a fixed camera’s point of view that offers a limited angle. Evidence gathered from a 360-degree camera offers a wider lens, and when coupled with an officer’s statement, it can further validate any testimony when the case goes to court or trial.

Leveraging data from law enforcement cameras, whether BWC data, in-car camera data or other tech-camera data, for officer training is an excellent way to maximize an agency’s return on investment (this is also good for budget cycles and future discussions with city management). Further, and equally important, reviewing video footage is a great way to inform future decision-making, shed light on positive and negative citizen encounters and help officers learn from one another. Scene safety is a significant concern for every officer during every call and every traffic stop, so imagine the officer training scenarios that can be created with 360-degree footage.

Every new law enforcement technology introduced to aid agency operations requires substantial consideration and testing before full adoption and roll-out. The 360-degree camera is a new capability to already proven law enforcement technologies such as in-car cameras and BWCs. It is worth exploring its utility not only in the field, but how the data gathered can be used for in-house officer training.

Heather Cotter serves as the Executive Director of the International Public Safety Association, a 501(c)3 non-profit. She’s been working with public safety professionals for several years and understands the challenges agencies and resource constraints agencies continue to face. Heather has a Master's degree from Arizona State University and a Bachelor's at Indiana University, both in Criminology. Contact her at heather@joinipsa.org. 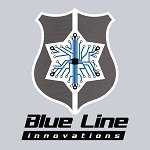