As smartphone technology and other devices continue to connect the civilian world, emergency communications centers cannot afford to be left behind

For more than 50 years, the dialing code 9-1-1 has been an optimal method for requesting emergency help, and it used to be a fairly simple process. But with the advent of the information age there came a technological revolution in the field of wireless communication devices that has inaugurated huge changes in the way the 911 system and its users operated. Landline telephones were succeeded by an increasing variety of digital personal communicators that left most 911 Public Safety Answering Points (PSAPs) wondering what happened.

Suddenly America’s 911 PSAPs needed to have the capacity to receive text messages, data, images, live video and so much more. Few do, so far. We’ve grown from the relatively simple telephone-and-a-radio-on-a-desktop of yesteryear into a high-tech environment that is beginning to resemble the front panel of an airliner cockpit. Today’s dispatch console jockeys face multiple screens to manage multiple systems on multiple computer terminals, each requiring its own precious amount of desktop geography – computer-aided dispatch systems, 911 telephony, radio systems and AVL/mapping systems.

Mobile and portable radios remain the primary communication devices between dispatchers and field personnel, but the increasing proliferation of portable communications devices are changing that paradigm as well. Before long dispatchers will be able to use an app to email the caller’s video of a crime or accident scene to the responder’s own wireless device. Some are doing it now, giving responders unprecedented advance intelligence prior to arrival.

FirstNet (the First Responder Network Authority) is working on solving the same problems with public safety interoperable radio communications that Next-Gen 911 (NG 911) is facing with inbound 911 telephony. Having the right technology in place – and in time – to handle those technological and operational changes is going to be a continual challenge facing 9-1-1 center managers and agency chiefs. Among continued considerations that will accompany us into the PSAP of the near future are probably going to be:

Accessing funding in order to comply with the FCC’s wireless 9-1-1 mandate, and the interoperability changes that will affect radio system usage as FirstNet’s Enhanced Public Safety Network spreads its wings across the country, will need to be managed both from within the PSAP’s administration and via grants at various levels of higher government from without. It will be essential that administrators understand grant opportunities and the process of submitting effective grant proposals. Keeping local government entities informed and supportive of those needs will be equally crucial.

As the architecture of NG 911 and FirstNet continues to progress, PSAP managers will need to anticipate how those changes will affect the communications center. How will next-gen systems interface with the 911 center’s legacy equipment? What will be needed to allow the center to receive images and video feeds from callers?  How will local radio systems be affected by the overarching build-out of and usage of FirstNet? The public expects a certain level of proficiency, which is what these new systems hope to provide, but current systems aren’t all completely reliable.

It’s essential that those expected to operate these new systems are proficiently trained in doing so. Update SOPs and plan ahead for training of personnel affected by the new tech – from the telecommunicators to the responders and the technicians, so that advances made by this new tech will merge as seamlessly as possible into operations.

Do not forget that the heart of public safety has always been the human element – the telecommunicators, those first first responders driving those dispatch consoles, and the field responders bringing their help out to where it’s needed. Advanced technology often means increased performance tasks, and making major changes to workflow in the already high-stress environment of the job may well compromise its effectiveness. Technology is the tool – but the well-trained people who operate that technology are the ones who will really make the difference.

The next-gen 911 center of the future will be a constantly evolving one. The adventure of getting there may be demanding, but maintaining proactive, understanding and positive management over a sufficiently-trained workplace will enable success as we move into that ever-changing future.

About the author
Randall D. Larson retired after 20 years in public safety communications, serving as a shift supervisor, trainer and field communications supervisor for the San Jose (Calif.) Fire Department. Larson was also the editor of 9-1-1 Magazine from 1995 to 2009 and its online version from 2009 to 2018. He currently resides among the northern California Redwoods writing in a number of fields of interest. 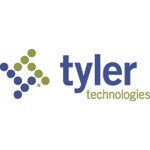