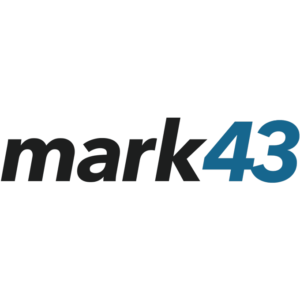 Six other cities in the South Bay area of Los Angeles County have also rolled out Mark43's technology in recent weeks. The RMS launch completes the first phase of implementation with the entire Mark43 platform, which also includes a computer-aided dispatch system (CAD) for 911 emergency dispatch and response. By partnering with Mark43, the Hawthorne Police Department will have the ability to seamlessly share mission-critical information between all participating police and fire agencies in the South Bay RCC that was previously siloed in each department.

"The Hawthorne Police Department has always been devoted to working not only for, but also with the community," said Hawthorne Police Chief Robert Fager. "With Mark43's innovative technology taking away hours of desk time and report-filing, our officers and detectives can spend more time doing the on-the-ground work that matters most."

"Criminals don't respect city limits, and it's time for police technology to catch up to that reality," said Mark43 Co-Founder and CEO Scott Crouch. "Our cloud-native platform enables Hawthorne and their South Bay neighbors to share critical, potentially life-saving information to help keep first responders and the citizens they serve safe."

About Mark43
Mark43 is the modern platform built for wherever your service takes you. With cloud-native, intuitive software designed to let you focus on what matters most, Mark43 gives agencies a technology foundation to build from — smart, open, and extensible — growing and innovating with you as your needs evolve. Developed by a team that spans five offices in North America, Mark43 is proven, tested, and supported in over 60 public safety agencies of all sizes. For more information, visit www.mark43.com.