Police investigators have more sources for investigative leads than ever before, which is both a blessing and a curse. It helps that there is so much more information available, but identifying the relevant from the irrelevant data is time-consuming and frustrating.

A concept called “deep learning” helps to filter out the noise and find the details investigators are looking for.

What is “deep learning?”

Artificial intelligence can be useful for crime analysis, identifying connections between data points that are not readily apparent. For example, an analysis of particulars of a burglary (residential vs. business, number of floors, method of entry and search, types of items taken) can be used to predict the age, stature and degree of experience of the burglar, and when compared to characteristics of known burglars operating in that area, can suggest a likely suspect.

But artificial intelligence tends to be a one-trick pony. It works well for the task it was designed for, but is not readily adapted to other tasks. Deep learning is a superset of machine learning and/or neural networks where the system uses an algorithm to solve a problem, but constantly receives feedback on how good the solution was. The machine uses the feedback to refine the algorithm and improve the analysis and solution quality.

An analogy would be a man throwing darts in pitch darkness. A coach (another node on the network) who can see the target tells him, after each attempt, “You missed completely,” or “You hit the target at the eight o’clock position.” With an infinite number of coached attempts, the dart player is able to adjust his technique and hit the bullseye every time, even though he can’t see what he is doing.

When there are multiple layers of neural networks operating, all working to refine their solutions, deep learning occurs. The feedback loop may be recursive, constantly analyzing and refining the result.

One application of deep learning, and one that has shown to be valuable in police investigations, is with video analysis. Software powered by deep learning can identify and classify individual targets appearing on video gathered from multiple sources. A system can classify objects by type (pedestrian, bicycle, passenger vehicle, male/female, tall/short) to find the object of interest more quickly, then once the object is identified, locate that object across multiple video sources.

Applications of deep learning were used with success in the Boston Marathon bombing investigation, where it was necessary to identify a couple of pedestrians among video and still images of thousands of moving people. Police and intelligence forces around the world are using these complex systems for monitoring and analysis of surveillance feeds and crowd-sourced video to identify people who are responsible for terrorist actions and other breaches of the law and the peace.

Centers that monitor surveillance camera output are especially good applications, as attention to detail wanes rapidly when watching a screen where nothing unusual happens most of the time. When a system is tuned to identify someone walking faster than the crowd, or running, or leaving a package behind in a protected area, the monitors quickly dispatch police and security personnel to respond and investigate.

It’s not just for finding terrorists

Surveillance analysis like this is also valuable for more mundane chores, like finding lost children. Finding a child who wanders away from their parent in a shopping mall with surveillance video usually entails backtracking to the last place where they were seen, and then following one camera view after another, some of which will inevitably have coverage gaps. A deep learning system can be shown the child once, then find him or her on every video feed it has available.

Systems like these might seem like “Big Brother” to some privacy rights advocates, and there could be abuse of the technology is misapplied. But there is no getting around that we have the most surveilled society in history, even if much of the monitoring is coming from self-appointed videographers who record anything they find remotely interesting with their phones. Deep learning-driven video analysis systems use this data, no matter where it comes from, to find the items of interest.

Tim Dees is a retired police officer and the former editor of two major law enforcement websites who writes and consults on technology applications in criminal justice.

He can be reached at tim@timdees.com. 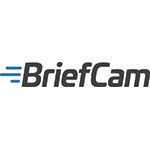