How to use pursuit debriefings to inform officer training

When your agency handles any unusual operation or incident, including a pursuit, it’s a sure bet it will be a hot topic for informal discussion for days afterward. Where some agencies miss the boat is when they fail to conduct a debrief of the event for all participants. This is a prime opportunity for training in a real-world, meaningful context.

Debriefings should be scheduled and required, but not necessarily formal. This is a good time to “take off the hats” and allow everyone to speak their mind, regardless of rank or tenure. Inexperienced participants may have valuable insights that would otherwise go unheard due to peer pressure and intimidation by management.

Everyone involved should know when and where the debrief is going to take place, rather than try to do it as a spur-of-the-moment event. Supervisors need to know the participants will be unavailable until the debrief is complete and those who manage their schedules need to block time enough for the entire session. This is a serious part of the process, and people must commit to doing it properly.

Note any lessons identified during the debrief. Appoint someone not otherwise involved in the debrief to be the recorder and to capture important observations. Making a video or audio recording of the proceedings is an option, but some may find that stifling. The goal is for everyone to feel free to speak their minds, so long as the discussion is being productive.

The informal approach doesn’t mean that leadership should remain silent and passive. It’s easy for a debriefing to move from fact-finding to fault-finding. Participants from any level may seek to cast blame or criticize the actions of another out of a personality conflict or just a desire to improve their place in the social pecking order. Instead of statements like, “That was stupid,” or “That was wrong,” guide the conversation toward “That’s out of policy,” or “A better way would have been…”

One way to help bring it back on track is to prepare open-ended questions such as:

Pursuits don’t always end well. They may wind up being the basis for disciplining an officer or even terminating their career. The trainer or supervisor leading the debrief has to make a strategic decision on whether the principals involved in the pursuit will be present during the debrief. When the pursuit hasn’t gone well, the principals may be on administrative leave or even unemployed when the debrief takes place and thus are unavailable.

Speaking of principals, don’t forget to include dispatchers and fleet management personnel in the debrief. These individuals also have something to learn and to contribute to the effort from perspectives one would not otherwise have considered.

The debrief leader should assemble as much of the data from the incident as possible. This includes dispatch tapes, dash cam and body-worn camera video, and map displays showing the progress of the pursuit as each element is shown. Although the debrief can be ruined by overreliance on tools like PowerPoint, this can be useful for integrating video, sound recordings, maps, and related information such as speed limits and policy summaries into a single slide or combination of slides.

If the pursuit is prolonged, it may not be practical to replay the entire sequence. To fit the debrief into the time available, it may be necessary to extract some critical segments and use them as discussion springboards. If this is done, use time codes or a timeline (a ruler showing where in the progression of the pursuit this portion occurred) to illustrate the placement of the extract and ensure everyone understands the significance of that action in the entire incident.

If the debrief leader has access to the materials used to provide driver training, this might be a good time to unearth them and relate what officers did to the way they were trained. This technique can come full circle, by incorporating elements from the materials supporting the debrief into future training classes.

A skilled debrief leader can lead participants to come to the same conclusions the leader intends, rather than lay them out directly. By reasoning through the issues and reaching the same deductions from the facts, the principles will be far more evocative and memorable than if the same teaching points had been laid out for them.

We all learn from our experiences, successes and failures. By debriefing a pursuit incident, we have the opportunity to learn from our own experiences, as well as from others involved. For the people involved in a pursuit, the debrief puts vivid memories of actions into context they may not have otherwise considered. Done properly, a pursuit debrief can be a positive experience for everyone involved and serve as a better teaching tool than any third-party lesson plan.

Tim Dees is a writer, editor, trainer and former law enforcement officer. After 15 years as a police officer with the Reno Police Department and elsewhere in northern Nevada, Tim taught criminal justice as a full-time professor and instructor at colleges in Wisconsin, West Virginia, Georgia and Oregon. He was also a regional training coordinator for the Oregon Dept. of Public Safety Standards & Training, providing in-service training to 65 criminal justice agencies in central and eastern Oregon.

Tim has written more than 800 articles for nearly every national law enforcement publication in the United States. He is the author of The Truth About Cops, a collection of answers written for Quora.com. He now writes on police applications of technology in law enforcement from his home in SE Washington state.

Tim holds a bachelor’s degree in biological science from San José State University, a master’s degree in criminal justice from The University of Alabama, and the Certified Protection Professional credential from ASIS International. He can be reached at tim@timdees.com. 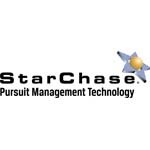