Decision-making is one of the most important aspects of police use of force in response to resistance. We teach police officers in a classroom setting about the appropriate use of force and when it is necessary. After instruction and discussion, students complete a written test to show that they understand when certain levels of force are allowed by law and department policy. But this type of teaching is not enough.

Outside of the classroom setting, it is difficult to know if an officer will make the right decision during an instantaneous, high-stress situation where deadly force may be required. Virtual reality simulators allow police trainers to expose officers to real-life situations that are consistently reproducible for every officer. Excellent scenarios are professionally filmed and then projected onto a screen; the repeatable uniformity allows each officer to be evaluated exactly the same.

Judgmental branching gives the instructor the ability to make the scenario react in real time to a trainee officer’s verbal direction and physical actions. The subjects in a particular scene may react to an officer drawing a duty handgun or commanding an order for a subject to remove his hands from his pockets. The instructor can branch the scenario via computer control to have the subject withdraw a cell phone or a knife or a gun. The options are often limitless and the same scenario can result in dozens of outcomes, depending on where the officer’s actions take it.

Judgmental training software provides instant feedback and offers the ability for an officer to go through a scenario again to achieve improvements. Learning takes place by actual doing with these realistic scenarios, instead of just classroom instruction. Virtual reality training gives officers the ability to demonstrate their knowledge of the use of force, as well as de-escalation techniques. Not every situation will result in a shooting. Officers can be taught that their ability to reduce tension through their voice control and actions means that not every deadly force scenario has to end with the police use of deadly force. Participating in realistic simulations helps teach officers when force must be used and when it may be appropriate to choose not to use force.

Role playing is not just for the academy

Virtual reality training puts police officers in lifelike encounters that they are usually unable to practice anywhere else. The last time an officer experienced role-playing situations in a life-like manner was mostly likely during their academy training. At the academy, days were planned to conduct scenarios where rooms were set aside and instructors were utilized to act out scripted events. It is difficult to conduct this type of training for current officers with department manpower constraints, overtime budgets, and the lack of facilities and personnel to present live exercises. Even if larger-scale training like this were to occur, it is difficult to evaluate individual officers with so much going on. The repeatability with actors can be problematic to manage when they go off script as well.

A single darkened classroom is all that is needed to operate a virtual reality simulator with only the instructor and the officer. The one-on-one instruction helps to identify common themes and/or deficiencies that can be immediately addressed. An emphasis on correcting the faults is possible by simply repeating the scenario and providing the officer with the ability to learn how to properly handle the incident.

Provide officers with the skills they need to stay safe

When properly taught, virtual reality training gives officers the assurance that they can handle serious incidents both lawfully and safely. That inner knowledge that an officer can keep his or her composure and handle stressful calls the right way goes a long way toward their actual successful resolution. Virtual reality training puts officers through actual scenarios and, when they come up for real on the street, a productive outcome for everyone involved is more likely.

About the author
Steve Tracy recently retired from the Park Ridge Police Department (which borders the northwest side of Chicago) after 30 years of service, 28 as a firearms instructor. 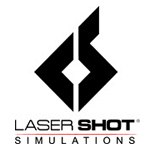