HOUSTON — Former Houston Texans player Mario Williams may not be hitting the football field with an amazing sack anymore, but he’s certainly scoring greatness for the city of Houston.

In an extreme gesture of warmth and thankfulness to the Houston police, Williams donated five new Dodge Chargers, which are now part of the Houston Police Department on Tuesday.

Houston’s Police Chief Charles McClelland thanked Williams for his donation and presented him with an honorary badge on Tuesday. 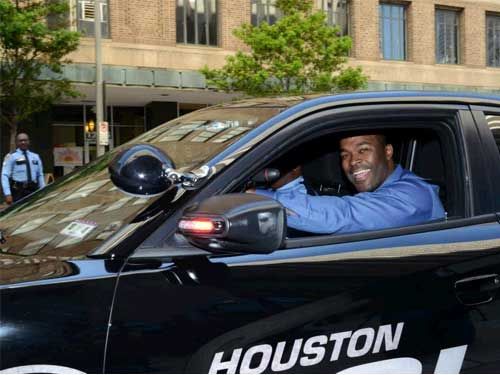