Safeguarding your mental wellness: Tips from 'the cop doc'

After Dallas, we aim for thoughtful discourse despite raw emotions

We must reckon intellectually with the gap between police and the people they serve, but downplaying the emotional toll on LEOs is a great disservice to us all

On Thursday night last week, I watched a singularly horrible event unfold on live television and struggled — both personally and professionally — with how best to respond. Working into the small hours of Friday morning, I wrote a passionate column filled with anger and sadness about the heinous attack on our LEOs. That column had phrases like “the war on cops” and “is this really the America we’ve become?” and other sentences I will not share here because they are — quite candidly — totally unhelpful.

The gunman was ultimately killed by a robot armed with an explosive, so no charges will ever be brought, but this was clearly a hate crime of the worst possible order.

The Internet: Raw, unfiltered emotion
Friday morning I sat back down at my computer, my draft article from the night before still on the screen. I read my words, and was cast immediately back into a dark mood — not a good way to start the day. I knew that my initial response to what happened in Dallas needed to be rewritten.

My constant objective is to help law enforcement officers be safer and more successful on the streets, and my midnight rant would accomplish neither of those. I trashed the draft and started from scratch, producing this article, which I hope has at least some training value.

For people involved in and supportive of the law enforcement profession, Thursday night felt an awful lot like 9/11. We experienced a confluence of anger, sadness, horror, rage, shock, fear, sympathy, empathy, and confusion. It was horrible.

For us to downplay the magnitude of the emotional toll this incident will take on LEOs is to do a disservice. We will endure the five phases of grief in our own way, and at our own paces, but we will all experience those phases — well, maybe not denial. I am still in phase two — anger and from what I see and hear so are many others in the law enforcement family.

In addition to anger, a host of other emotions have been plainly evident on social media — from cops and those who support cops. My Facebook feed has had images and memes such as this one of frustration: 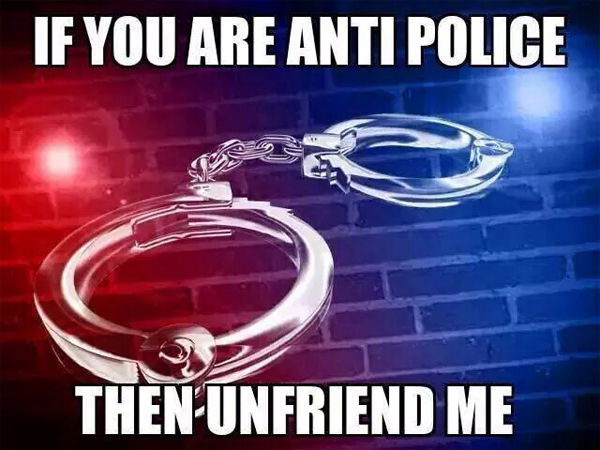 There have also been loving demonstrations of support from those who admire and respect the police: 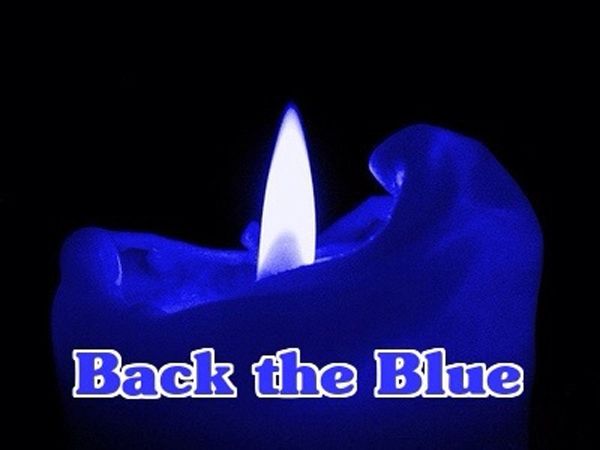 And of course, we’ve had some good-old-fashioned cop humor: 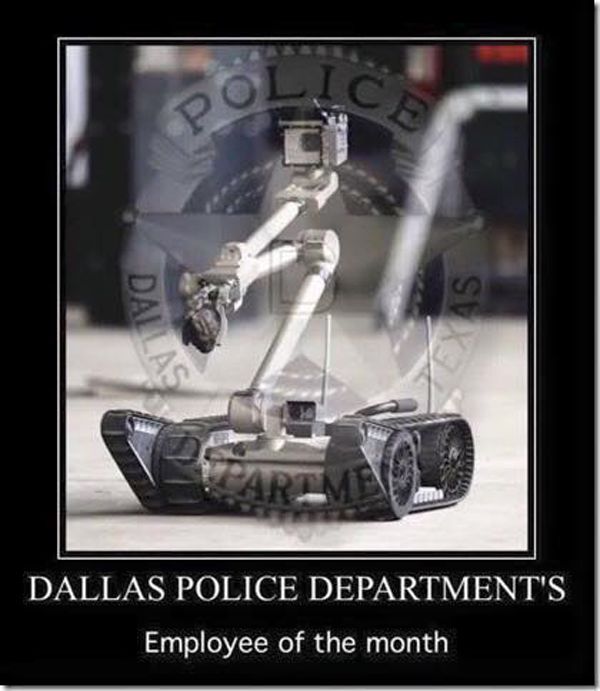 Increased engagement
But there is a limit to the productivity of releasing anger and other raw emotions on social media. It’s important we differentiate between spouting off and bringing real suggestions to move law enforcement forward.

Clicking “Like” and offering constructive commentary on the social media posts supporting law enforcement can be helpful in our emotional processing of the tragedy. Expressing anger — shaking our fists or shouting back — at police protesters and law enforcement critics might also be part of our personal, private expressions. But remember that tiny fraction of the population doesn’t speak for the overwhelming majority of Americans, who still respect and admire the police. And as we’ve recently seen, that tiny fraction can be very measured about getting into an online argument about recent events — as we saw in Missouri when an online argument turned into a real-life confrontation.

When it comes to moving from venting to action, the standard is set so much higher for police officers. The standard requires we maintain an even-keeled and steady-handed perspective — even as others lose their handle on reality.

The temptation to disengage and unfriend anyone who has a different perspective from us is not going to get us anywhere. In fact, now is precisely the time we should be having courageous conversations with ourselves about how law enforcement is perceived by the community, and how we can work to improve those relationships.

Focus on the reality
On Saturday morning when I accepted an invitation to appear on an NPR radio program, I knew they wanted to hear about the two shootings that led up to the assassination of five Dallas officers and wounding of seven others. I expected that the host wanted to get into a debate on race, but I seized the opportunity to explain Graham v. Connor and the objectively reasonable standard. I tried to explain that that the subject determines the level of force in any given situation.

“And whether that person is black, white, maroon, purple — the level of force is determined by the actions of the subject,” I said.

I will never know if my message changed the mind of even one single listener, but that did not stop me from trying. And even though there are some minds we will never change that should not preclude us from trying.

Our best efforts to educate and engage are not directed at the closed-minded opposition. Nor are our attempts intended for the folks who now shout down Dallas Police Chief David Brown.

Chief Brown has had to bear the brunt of the mainstream media’s thirst for information. And he has delivered in a way that highlights some issues most civilians just don’t think about — even though it’s top of mind for every cop in America.

Chief Brown said he felt police officers were overworked in his city and across the nation.

“We’re asking cops to do too much in this country,” Chief Brown said at a briefing Monday. “We are. Every societal failure, we put it off on the cops to solve. Not enough mental health funding, let the cops handle it. Here in Dallas we got a loose dog problem, let's have the cops chase loose dogs. Schools fail, let’s give it to the cops. That’s too much to ask. Policing was never meant to solve all those problems.”

Chief Brown also describes the two things DPD has been doing — and will continue to do. First, DPD will keep reaching out to the youth of the community. Second, Brown will hold the “one to two percent of cops who don’t do the job right” accountable.

Chief Brown’s constant mic time and my radio appearance in no way equates to the challenge that line-level officers face on patrol, navigating the hazards of wearing a badge puts target on your backs everywhere you go. On nearly every call it seems, you hear the vitriol, the disrespect, and are faced with unthinkable danger.

Be angry and thoughtfully engage
Last Thursday, and into Friday, was one of the worst days in the history of American law enforcement. There is plenty of reason for us to be angry as hell about it — I certainly am.

But we must also reckon with the perception — some real and some imagined — of a widening gap between the police and the people we serve and protect. Sure, some of that exists to feed a national television and online media machine which serves not to inform, but to enrage. But this perception is in vivid contrast to the massive support we’ve seen — online and in person — of the fallen cops in Dallas.

It is in our best interests as a profession — and as a society — to have a thoughtful dialogue about issues of race, police-citizen contacts, and yes, the use of force. Balance the emotional reaction with evidence, facts and research.

You can start by sharing the fact that respected Harvard economist Roland G. Fryer, Jr., examined more than 1,000 shootings in 10 major police departments in Texas, Florida, and California, and found no racial bias in officer-involved shootings.

“It is the most surprising result of my career,” Fryer told The New York Times.

Equal space for feelings and thought
Already 72 hours removed from the horrible tragedy and my emotions are precisely the same as they were as I watched the incident unfold. It occurs to me that we may feel this way for a long, long time. Like we did after Lakewood, Las Vegas, West Memphis, New York, and Oakland. Our hearts will ache and we may at times be filled with so much anger.

We can — and frankly, we must — have space in our hearts and minds to exercise both feeling and thought. We must process our anger and at the same time work hard on finding intellectual solutions to the challenges we face.

My brothers and sisters on the front lines — you are faced with the vitriol at bad-breath distance. You are targeted by criminals with murderous intent. Please know that there are many millions of citizens — including every one of us at PoliceOne — who respect and support you. Please know that you are in our thoughts and prayers.

ASL signs all cops should know

A cop's guide to the supplies you will want on patrol

15 tips from fathers that cops use on patrol